We toured the Valletta old town. Our first stop was the St. John Co-Cathedral. the exterior of the church is plain. The interior is excessive Baroque. When we first entered the bling was disorienting. However, after awhile we did adjust to all the visual stimulation. Besides the ornate interior, there are two Caravaggio paintings. One, The Beheading of St. John the Baptist, is the largest Caravaggio painting and the only signed Caravaggio in existence.

After touring the cathedral, we needed a snack. We were in the mood for a ftira. We ate lunch at the Anglo Maltese League. It was 30 minutes past the breakfast ftira time, but they served us a ftira. We were surprised when we got a sandwich. It was good but not the pizza like ftira we were expecting. It turns out Gozo island’s ftiras are pizza like. Malta island’s ftiras are sandwiches. After lunch, we needed a rest.

After our rest, we toured Casa Rocca Piccolo, a 16th Century Palace of a Maltese Noble family. It was interesting to walk through a reasonably sized, wealthy family home. The owners still lived on the top floor of the house. They even used the rest of the house for family gatherings.

For dinner, we searched for pizza. Unfortunately, all the highly rated pizzerias were closed. Their on-line websites said they were open, but they weren’t. We eventually had dinner at the Kings Own Band Restaurant. The band that marched in the parade has a club. The club runs a restaurant on the main street to raise money for the band. Unfortunately, the service was slow and the food only so-so. Being on the main street, we did a lot of people watching. The food was okay, but the dining al fresco in the main street and people watching was very enjoyable.

St. John’s Co-Cathedral, Malta’s most impressive church, was designed by the architect Gerolamo Cassar. It was built between 1573 and 1578, taking over from the Church of St. Lawrence in Vittoriosa as the place where the Knights would gather for communal worship. The interior was revamped in the 17th century in exuberant Maltese baroque style, and it’s an astounding surprise after the plain facade. One of its greatest treasures is a huge painting of John the Baptist by Caravaggio. The nave is long and low and every wall, pillar and rib is encrusted with rich ornamentation, giving the effect of a dusty gold brocade. The floor is an iridescent patchwork quilt of marble tomb slabs, and the vault dances with paintings by Mattia Preti that illustrate events from the life of St John the Baptist.

Beyond here, the Oratory contains two paintings by Caravaggio, and the Cathedral Museum houses the beautiful 16th century Graduals of L-Isle Adam, illuminated choral books and a magnificent collection of 17th-century Flemish tapestries based on drawings by Rubens.

St John’s was raised to a status equal to that of St Paul’s Cathedral in Mdina – the official seat of the Archbishop of Malta – by a papal decree of 1816, hence the term ‘co-cathedral’. Visitors should dress appropriately for a house of worship. Stiletto heels are not permitted, to protect the marble floor.

Caravaggio – The Beheading of St. John the Baptist 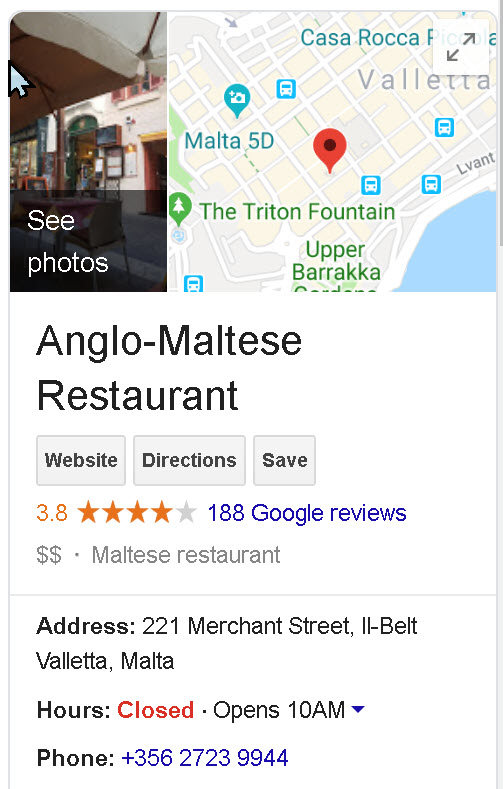 Ftira is a ring-shaped, leavened Maltese bread with loaf, usually eaten with fillings such as sardines, tuna, potato, tomato, onion, capers and olives. Regional variations include Gozo ftira, which is served more like a pizza than a sandwich. Gozitan ftira is served open with thinly sliced potato over the crust, or folded over like a calzone. 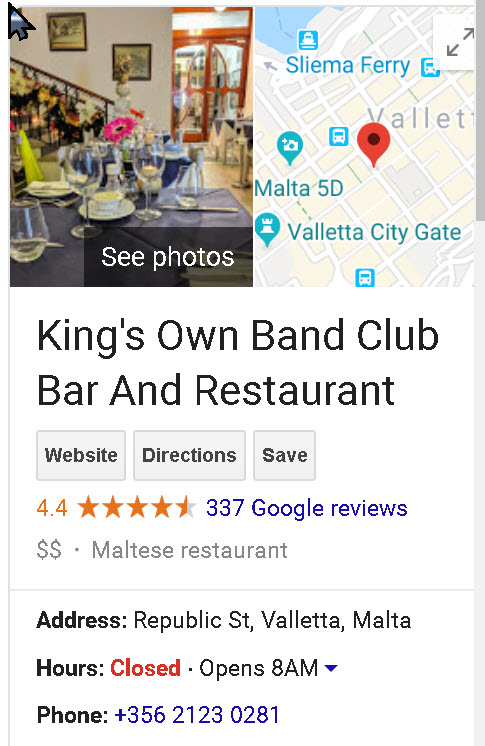